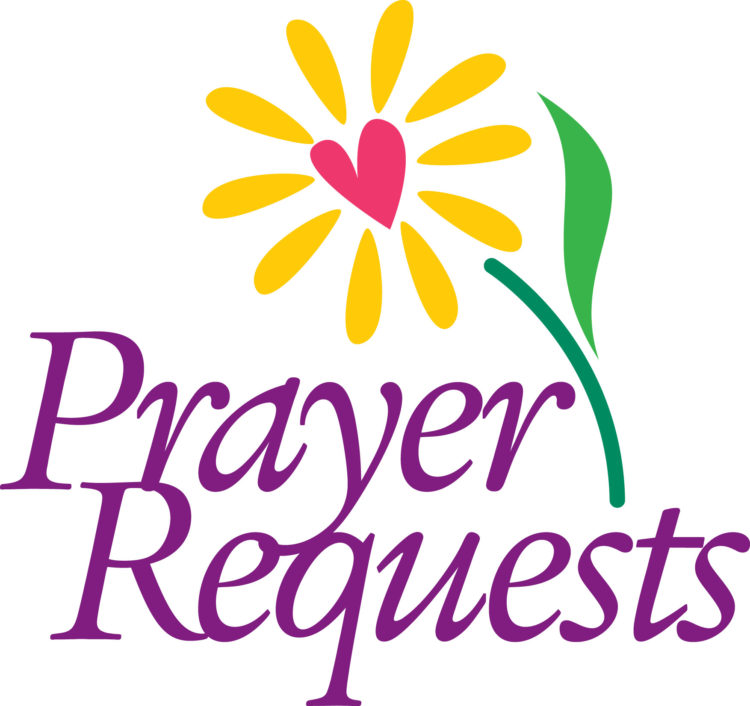 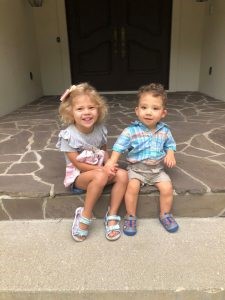 Harrison McNally is like any other two-year-old boy. He sits in the living room with his four-year-old sister laughing, playing, and having a good time. However, Harrison has a unique path in front of him. At three months old, he was diagnosed with Kabuki syndrome, a rare disorder that affects each child born with it in diverse ways. The syndrome can cause intellectual disability, skeletal abnormalities, organ system formation disruption during pregnancy, and short stature. As per the National Organization for Rare Disorders, the incidence of Kabuki syndrome is unknown but has been estimated to be somewhere between 1 in 32,000-86,000 individuals in the general population. His version of Kabuki syndrome is caused by a mutation in the KMT2D gene. It did explain all of the issues that Harrison faced at birth.

“We knew before he was born that he could have a heart condition because at 16 weeks, during the anatomy scan, doctors noticed a two-vessel cord,” recalls Holly McNally, Harrison’s mother. “When he was born, we found out the full extent of his issues. Not only did he have the two-vessel cord, but he also had butterfly vertebrae, hydronephrosis of his kidneys, cupped ear, single transverse palmar crease, heavily dislocated hips, hearing loss, and he was missing part of his clavicle.” 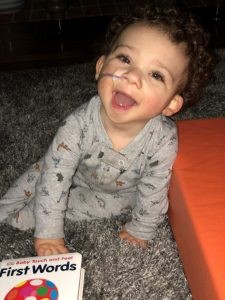 While in the Neonatal Intensive Care Unit doctors performed a swallow study, they realized that he was aspirating and his food was going straight to his lungs. The family was counseled on the option of a Gastronomy Tube (G-tube). It is a surgically placed device used to give direct access to a child’s stomach for supplemental feeding, hydration, and medication.

Holly was a pediatric nurse with UNC Children’s, so she was exceptionally versed in G-tubes.  Even knowing all the positives, she hesitated. “I felt comfortable with doing a G-tube. It was just I didn’t want that for my own kid,” says Holly.

The McNally’s took Harrison home, but his feedings were not going well. They would spend eight to ten hours a day trying to get enough calories into Harrison. Holly would set alarms overnight to do feedings to make sure he was getting the nutrients he needed.

Over the first two years of Harrison’s life, he had multiple surgeries. At three months, he had his first hip surgery, nine months he got tubes in his ears, thirteen months he had another hip surgery and started walking in June of 2020. After his hip surgery, he ended up with a major ear infection. One of his tubes fell out, and the other completely clogged. Harrison was on antibiotics for two months straight to clear up the condition. “We would get close to being cleared up, and then it would rupture,” says Holly. “After a rupture, we had to wait two weeks before putting the tubes back in, but the infection kept coming back. It was an awful cycle.” 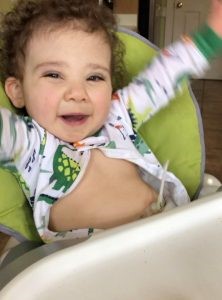 It was during this time that Holly and her husband decided to move forward with a G-tube. “I just felt like a failure as a mom,” explains Holly. “I knew he could do it, and I felt selfish because I didn’t want to spend ten hours a day trying to feed him. We also felt like he was starting to get a food aversion because it was just such a traumatic experience for both of us.”

The family felt trapped by the feedings. They couldn’t go anywhere, couldn’t do anything because they were consumed with trying to make sure Harrison got enough calories or fluid for the day for growth and his kidneys. So they scheduled an appointment to be seen in the pediatric surgery clinic to discuss a surgically placed feeding tube.

However, the week before that visit, things became unbearable. Harrison stopped eating completely. The family called Robin Koonce, the pediatric nurse practitioner, the week before their scheduled clinic visit concerned about dehydration. Historically, UNC would have them come to the Emergency Room and place a gastrostomy tube during the same admission. However, as part of a project supported by the Institute for Healthcare Quality Improvement (IHQI), and led by Dr. Michael Phillips, a new approach has been adopted at UNC. This new pathway uses the principles of enhanced recovery after surgery to shorten the time children spend in the hospital and to improve their clinical outcomes. This pathway focuses on optimizing patients prior to surgery using a nasogatric tube (NG), and improving the nutrition of children prior to surgery. An NG tube is a thin plastic tube that is inserted through the nostril, down the esophagus, and into the stomach. The NG tube is a short-term solution and not meant for the long-term needs of a patient.

Working with the UNC feeding team, pediatric gastroenterology, speech therapy, and nutrition and food services a protocol was developed to have nutritionally depleted kids admitted to the hospital, teach their parents NG tube care, and then return home for a period of nutritional optimization to establish the ability to wean off the NG tube or verify the need for a GT.

Dr. Michael Phillips, Assistant Professor and Pediatric Surgeon, performed surgery on Harrison, installing his G-tube. “Harrison is a perfect example of the benefits of NG feedings prior to surgically placed feeding tubes. Historically when patients are unable to maintain their nutrition and hydration without assistance we would place a G-tube but found that this led to longer hospitalizations while they recovered from surgery and severe malnutrition. With this new approach, we’re operating on patients with much better nutrition, which allows them to spend much less time in the hospital after surgery.” 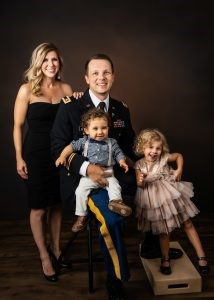 Once the tube was installed, the family was able to go home the very same day. Life changed for the McNally’s, for the better. The G-tube was a game-changer for the family. Harrison has begun eating real food and actively asking for more. If he doesn’t get enough calories or nutrients, then they can give the rest through the tube. The family has seen a huge change not only in Harrison but also in everyone’s mental and emotional health.

“Harrison has come leaps and bounds,” says Holly. “We’re not pressuring him to eat and sticking a bottle down his throat. It’s just a happier time. It’s more enjoyable for everyone that we can sit down as a family and eat at the table together.”

The family is hopeful the tube is a short-term fix. Now that Harrison is eating real food, he still needs the tube to get more nutrients. Functionally Harrison can chew and eat foods that he wasn’t able to do before, and it’s exciting for all to see. “I don’t think this is going to be a forever thing for him,” says Holly. “The great thing about the G tube is that you can take it out, and there’s minimal scarring. There are minimal repercussions. It can only be a positive thing.”

“Some G-tubes are forever, and some for small children are temporary,” explains Dr. Phillips. “Every case is individualized. It can be from 3 months to forever. We hope that Harrison can eventually have his removed and continue to feed himself as he ages.”

Having a child sick or in the hospital is a challenging experience for any parent. Being unable to feed your child or give them the nutrients they need to continue to grow big and healthy was a real fear for Holly and her husband. They faced many decisions along Harrison’s medical journey, and they found something that worked for them regardless of their own fears or hesitation.

“I understand the hesitation. You don’t want your kid to have any kind of device or have to do a surgery, but it can be short term, and it’s so beneficial for everyone, the child and the parent. We aren’t as confined to a schedule, and that stress of ‘are they going to get enough calories?’ is gone. The advice I would give to other parents facing this decision is I wish I had done it sooner. It feels like it would be limiting and confining, but actually, it gives you so much freedom. The stress is just so much less, and I’ve seen him just come leaps and bounds in so many ways since he got it.”

The doctors and nurses at UNC provided them the care they needed, not just for Harrison’s feeding but for his many ailments. The multidisciplinary pediatric team at UNC Children’s worked together to support the McNally’s and provide Harrison all of the medical treatments he required for his condition. Dr. Jaime P. Doody, Assistant Professor in Pediatric Otolaryngology supported the family through Harrison’s hearing and ear issues. The ERAS pathway for gastrostomy tubes was a combined effort between Dr. Phillips in Pediatric Surgery, Dr. Aaron Low from Pediatric Anesthesia, Daniel Moyles, CRNA from Pediatric Anesthesia, Kristen Cole, NP from the Pediatric GI/feeding team, and Lisa Richardson from nutrition and food services. 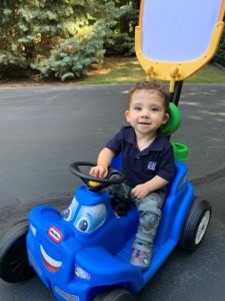 “The overall experience we had at UNC was amazing. I always knew it was a good hospital when I worked there and I loved working there, but to come on the other side of it and see how supported we were and accommodating and just loving and caring everybody was. It just gave you so much peace knowing that we were in good hands and that they were going to take care of our child as if it was their own.”

Use the form below to submit a prayer request. Your prayer will be privately reviewed.